Your order is complete. You should expect to receive your copy of Breakthrough Advertising in 5-7 business days. International orders will take a little longer. If you have any questions please contact us here. 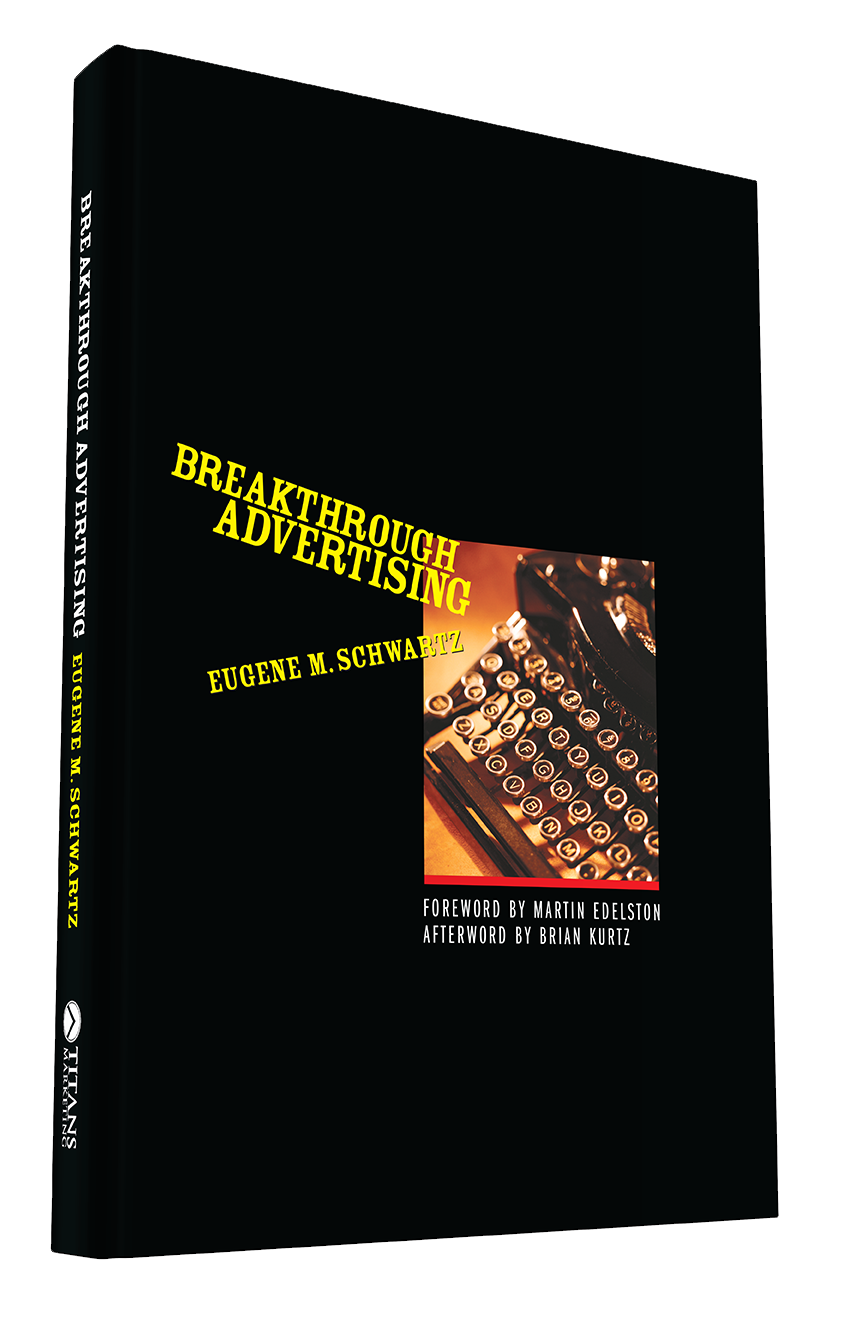 The most important book ever written about persuasion...copywriting...
marketing...and human behavior

And while many think this classic book is only about creative, copywriting and direct marketing, it is more importantly about human behavior…how we can predict it and how we need to be immersed in what it takes to understand why people do the things they do at the deepest level.

Gene Schwartz said over and over, publicly and in private:

“The greatest mistake marketers make is trying to create demand”

And one of the most fascinating things you should know about Gene (and so many other legends we consider the greatest copywriters of all time) is that he was never about trying to create mass desire; rather, he saw his job as channeling and directing mass desire.

He makes it sound so simple.

But when a man who could write copy as well as anyone who has ever lived lets us in on his secret to success, we must pay attention.

And it’s why this book might be the most important book ever written for anyone who markets any product or service in any medium.

It would have been a crime to change one word of the original manuscript that Gene penned in 1966…so you will be pleased to know I have not done that…and what you have here is the original, word-for-word version of Breakthrough Advertising, which Gene wrote in 1966.

I take the responsibility of being the shepherd of this sacred work very seriously.

Gene’s wife Barbara has entrusted me with making sure this book lives on forever…and congratulations on your decision to pick up a copy.